The Trans Tasman Results for 2015 have been released

Trans Tasman Results THIS IS FOR BOB TO CLICK

Congratulations to the Category leaders –

Multi Multi High VK4HH Bill and Dianne from the Lockyer Valley Queensland put on 248 QSOs for a contest high score of 2,630. 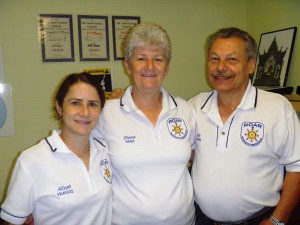 In Multi Multi Low VK2ATZ Westlakes Radio club must have rattled some windows at Teralba as the signal was loud enough to make 168 QSO and a final score of 1,807 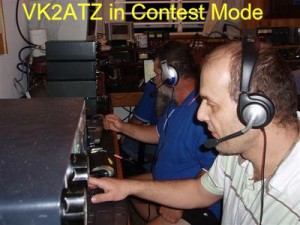 In Multi One High the perennial winning team at the Good Guys Club VK2GGC scored 1,831 from 179 QSOs 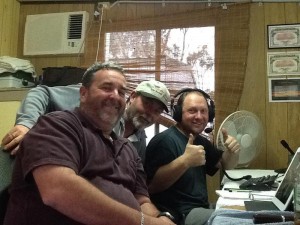 Single Op High Power VK4SN Alan took out the top category with 188 QSOs and 2,013 Points – Alan made use of some neat antenna systems – details are described on his website VK4SNdotcom

Single Op Low Power was a tussle with both Vince VK7VH and Gerard VK2IO both finishing on 62 QSOs on the first section but Gerard stole away with the title with higher QSO tallys on sections 2 and 3- Gerard VK2IO 172 QSOs total score 1,659

and finally the battle of the little pistols !!! The QRPers 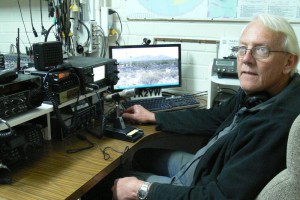 A massive score from VK2YW John with 80 QSOs and a total of 615 took out the category – Brett VK4FTWO pulled into second spot with a creditable 233 points.

SORRY FOR THE DELAY IN RESULTS

Setting up the new scoring system resulted in a lot more work that initially anticipated. But it is not complete. I have released the results prior to releasing the certificates as they will take about a week to be finalised – More automation set-up is needed.

To Bruce Horn WA7BNM thank you for all your work putting this together. 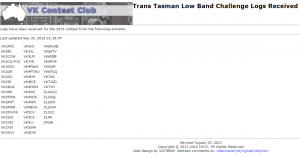 Where are we heading with this ? Much like the QRP club we are looking at another TT weekend that will be a purely digital weekend PSK RTTY rumble and as long as everything holds together we would expect the 2016 results will be available within 30 days of the completion of the contest.

Thank you all for your participation

The new rule changes made all the difference for myself working from VK6. There was an increase of VK6 stations for me to work spread over all bands. Years past when I have tried the old 80 contest there was 1 to 3 only
For the first 2 hour block of the contest only 40 metres was useable, made a few contacts all over VK/ZL.
The second 2 hour block there was a mix of 40/80 stations worked in VK.(Except VK1,VK8)
The third block 2 hour block 80 metres was usable across all VK plus Some local contacts on 160. Did hear a couple of VK3’s talking on 160 but not readable.There was some stations that could hear me but I struggled to hear them back. Possible this was because I was using 400 watts SSB on all bands.

I was using a trapped 40/80/160 trapped dipole, next year I may putting up a large verticle antenna and compare the difference.

Well, I had some fun last evening in the Contest. I’m just getting over the flu so was pleased to feel well enough to participate. I only operated CW as I didn’t feel I could manage Phone for any amount of time.

Participation was below expectations. Pace was pretty slow, but not too bad for a local contest.

I noticed there were no stations on from VK1 and VK8, I heard one VK6 but another station was trying to log him without success and he vanished. There were a handful of ZL stations including the ZM2B contest station, but not as many as I would have liked.

Starting about 0620, I missed the very start, but found 40 m almost useless. 80 m was the best, and 160 m was pretty good. I did not see any digital activity, which surprised me. It was a fairly quiet night for QRN, so weak signals were quite readable at my station.

As usual, VK Contest Logger did all the thinking for me, and made logging very easy.

I received some numbers well over 100 from a number of stations, so they had a good go in Phone as well.

How did others enjoy the Contest?