The Ross Hull Contest is open to all amateurs worldwide and is a VHF and UP contest, with a distance-based scoring methodology.
Ross Hull was an Australian amateur who moved to the USA and was appointed Editor of QST shortly before his untimely death in 1938.
This year there have been a couple of minor changes to the rules, and they are :
The Ross Hull Contest could be won from anywhere however a quick look over the past winners shows all mainland VK states have had a winner as well as ZL3 but surprisingly no VK7s.
Crank up the gear and strap yourself in for the VHF DX Fun during January, we hope to hear as many calls as possible.
The Ross Hull Contest is a VHF/UHF++ DX contest, with points awarded for distances worked. There are also band multipliers to encourage activity on the higher bands. 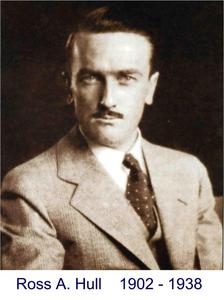